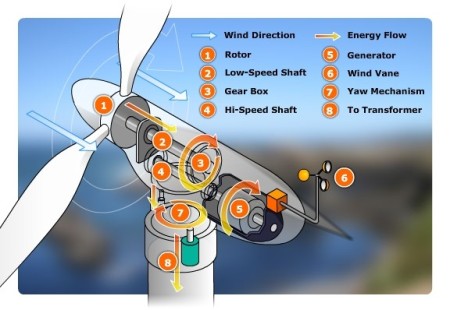 Onshore wind turbines have become less attractive as potential power produces for many reasons including the visual impact on the environment. They are though quite rightly being sited offshore where consistant wind speeds ensure the production of electricity is far more reliable and less intrusive on our immediate environments.

Even onshore they are capable of out performing other renewable energies such as Solar in the right environment. That said the initial capital costs are high and the design work extensive. They also tend to need a relatively high amount of servicing, and therefore carry an amount of ongoing costs.

For the right application they are a fabulous solution.

Get Social with Us.

Join us on LinkedIn